A trip to Bruno Oliveira’s Neverland

You might remember seeing him in “Generation Art'' on RTL Télé Lëtzebuerg: the promising young visual artist Bruno Oliveira, known for his approach focussing on different communities of people and their stories, whose work has evolved ever since. He has been working on several new projects of late, experimenting with different media including video and sound.

In 2014 and 2016 Bruno Oliveira was a participant in RTL’s TV show “Generation Art”, where artists completed creative challenges on a weekly basis. The 2016 show was dedicated to photography and he was named the winner after the final exhibition at Rotondes.

Following this experience, Oliveira left his job as an educator to pursue studies in photography and visual arts at the renowned Brussels art school ENSAV La Cambre. Last summer, he successfully graduated with a master’s degree in plastic and visual arts and the use of space. He has now returned to Luxembourg to seek new adventures. 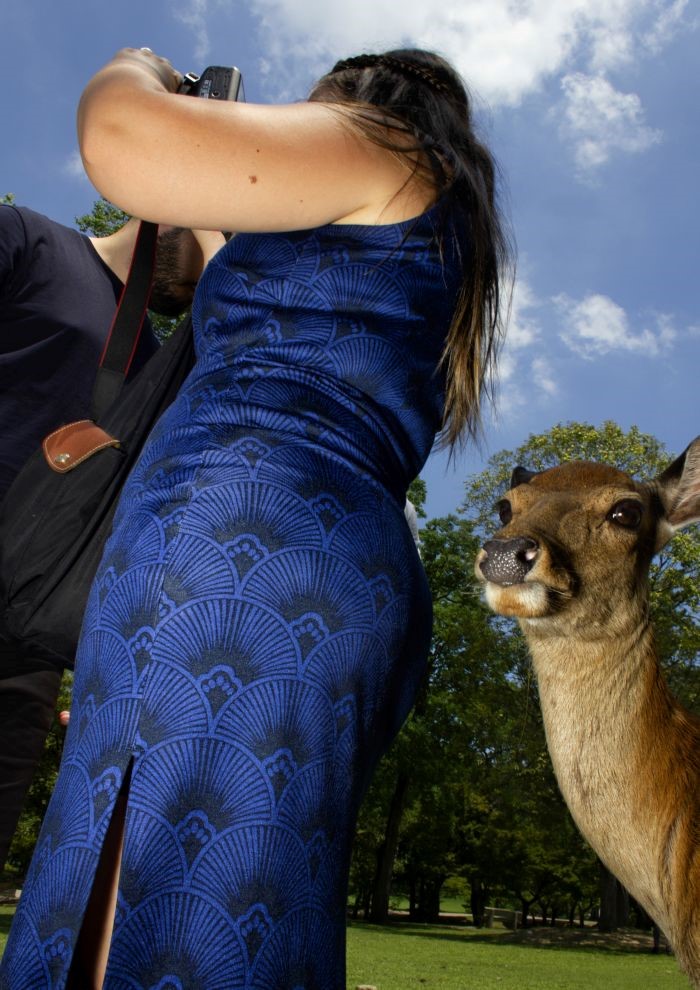 In cooperation with Le Soir and the Musée de la Photographie in Charleroi, La Galerie du Soir presents the work of one young artist alongside each new exhibition shown in the Museum. Bruno Oliveira was chosen this time around, with an exhibition of his work “Back to Neverland”. In this series, the artist focuses on the so-called Generation Y, also known as millennials - people born between 1980 and 1996 - which he himself is a part of.

With his vivid array of photographs depicting his friends and himself in places like Luxembourg, Brussels, Lisbon and Japan, he investigates and explores the identity of his very own generation. Bruno Oliveira captures his subjects mostly in awkward and dreamlike moments through spontaneous, unintentional but also staged shots. Several photographs show common objects such as a vending machine or a trash can, making them the focal point and thereby conveying an almost sculpture-like elegance on them. The photographs carry the viewer into an imaginary world between reality and fiction.

“Back To Neverland” portrays a generation that does not want to grow up, trying to escape adulthood and its responsibilities much like the fictional character Peter Pan.

The idea for this series first came up during a trip to Disneyland, the place of eternal childhood where everyone can be whoever they like. During this outing, the artist and his friends played a game of choosing which Disney character best resembles each of them. Bruno Oliveira was likened to Peter Pan, a character who lives on an island named Neverland and is known for being free spirited and adventurous. From that moment on, Oliveira started taking photos depicting his friends in everyday life situations, thus showing his very own Neverland. 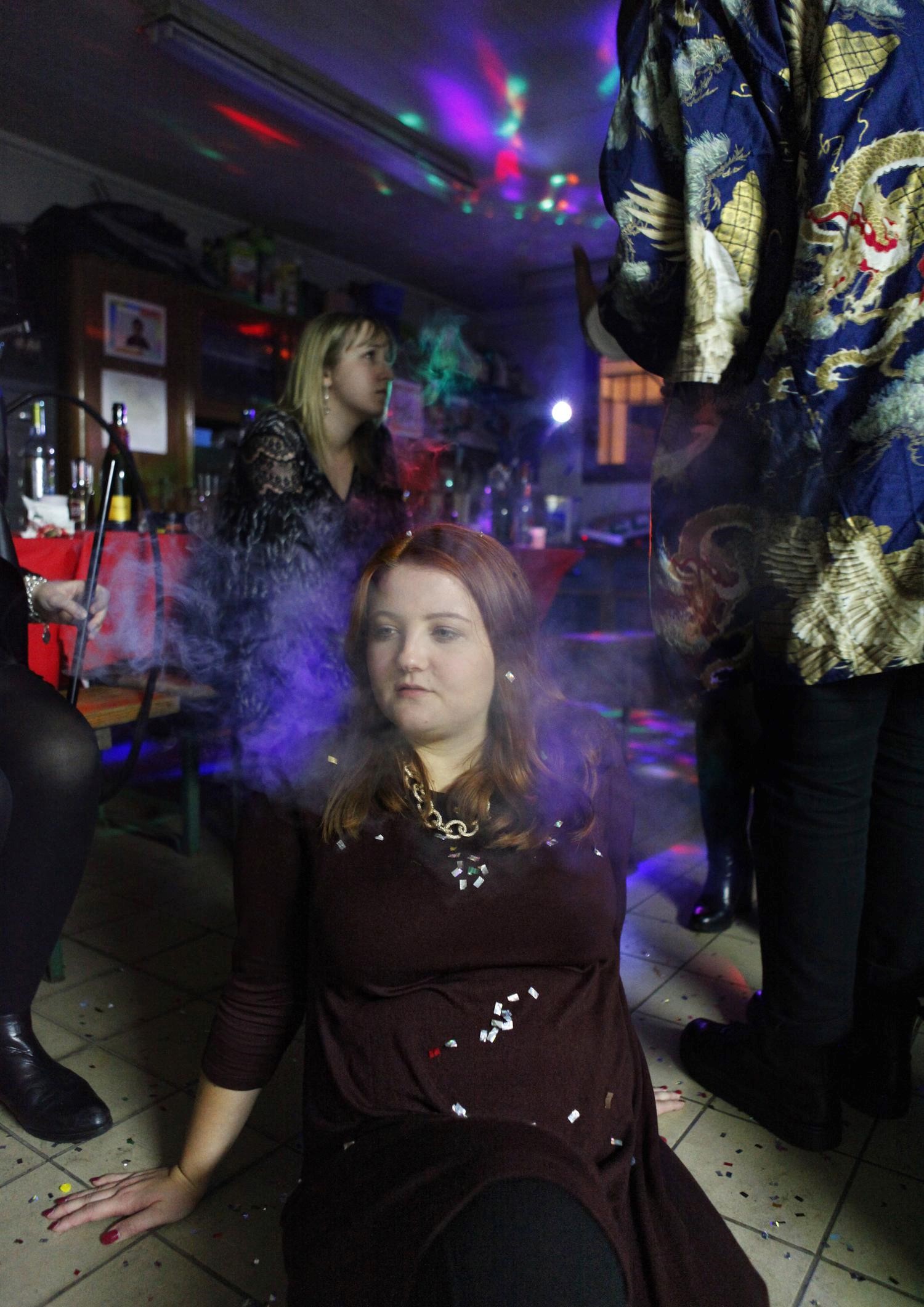 The exhibition is made up of numerous photographs printed in poster format. They were previously folded in two and are attached with thumb tacks on three walls close to the main entrance of the Museum. This specific format is a reference to millennials’ teenage bedrooms: walls plastered with posters or magazine cut-outs of bands, actors, movie posters, and so on. Posters were a means of taking over a space, of showing what one identified with. Nowadays, this displaying of one’s identity has largely been transferred to online applications such as Pinterest, Instagram, Tumblr, etc.

Parallel to the series of photographies, the young Luxembourgish artist has produced a short video clip. The video sequences were shot with an old VHS movie camera belonging to the artist’s mother. A self-produced sound piece as well as Gifs and effects were added during post-production.
The clip depicts a trip through Bruno Oliveira’s personal Neverland, adding additional meaning to his photos. It is not on display in Charleroi but will be presented together with the photo series during the 5th edition of The Young Art Triennale “Brave New World Order”, set to take place at Casino Luxembourg and Rotondes in July 2021. 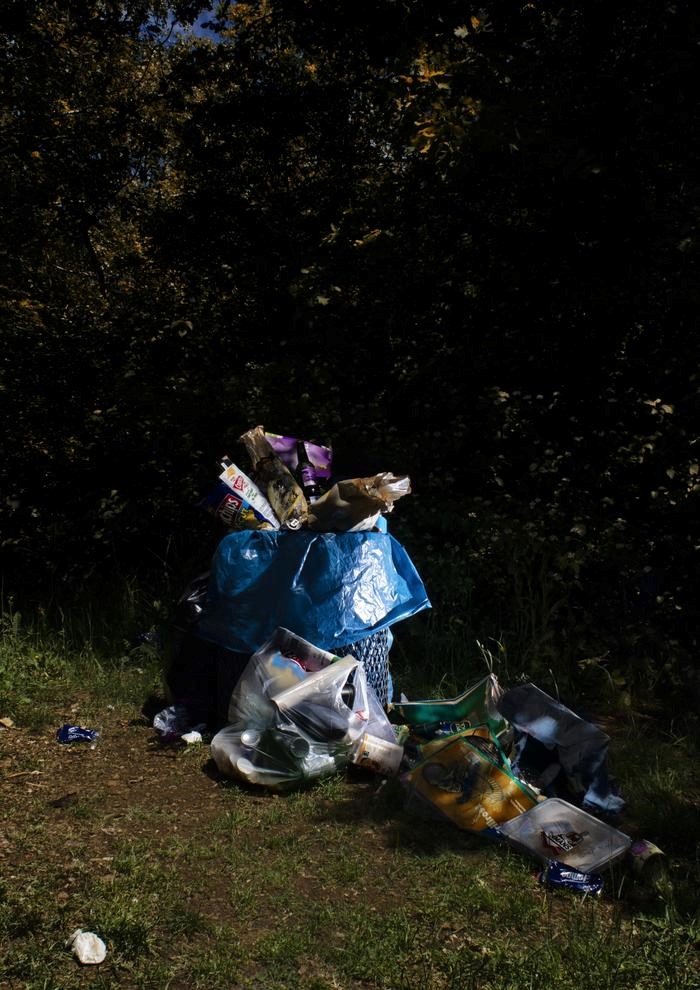 In addition to Bruno Oliveira’s works, the Musée de la Photographie in Charleroi also presents a retrospective exhibition dedicated to American photographer Joël-Peter Witkin, photographs by Debi Cornwall and Peter H. Waterschoot, a film by Julie Gasemi and Nicolas Dufranne as well as its fascinating permanent collection. The exhibitions are on view until May 15th 2021.

More info on Bruno Oliveira’s “Back to Neverland”: https://brunooliveira.lu/back-to-neverland

More info on the exhibition at the Photography Museum in Charleroi: https://bit.ly/3kU960l