I love the theme, the fact that you’re a rail user, living close to a railway and how trains are sometimes the backdrop, sometimes the characters. Where did this rail obsession begin?

I started writing Train of Thought because I was taking the train to work. When I thought of the national literature contest for 2021, I thought I’m going to go with that. It’s the first time I’ve tried to write on a theme. Most of my poems are spontaneous, I don’t look for them, they look for me. This was different and I wasn’t sure I would enjoy that. I was scared that if I focused on it, it would go away.

Judging by the anthology, which contains 57 very diverse poems, this wasn’t a problem. What was your writing process?

Often I wrote the gist of them on my phone. It’s funny because I encourage people to pay attention to their surroundings. If you just saw me, you might think I was texting someone. I do believe in getting the idea down while you have it because it can go away. I wasn’t writing down the poem immediately. I would sometimes formulate it when I got off. Then I would immediately go to my computer and write it down. I tend to edit as I go, I’m very aware of the sound of a poem. For me there’s a built-in sonal quality, it has to be right when I read it aloud.

So, what is it about trains that sparks poetry?

Trains are an easy metaphor, it’s so full and rich. The train is a journey from one place to another. I don’t think people on their daily commute appreciate the journey so much. That’s why I stress these poems are about everyday train commutes. This is not the Trans-Siberian Railway, it’s everyday life.

You mentioned that you initially entered the manuscript into the 2021 national literature prize under a very particular nom de plume.

My pseudonym was Della Rose, who robbed trains in the 1800s. I thought, I’m also a train robber in a way, I steal impressions, I look at people and try to guess what they’re thinking. There’s something cool about that (laughs).

You were born in Japan, into a family of aviators, and grew up in Ohio in the US, where passenger trains are less common. How do you think that impacted the body of work?

I never rode a train until I was 27. I have a poem in the collection about it in which I say that I’m a late adopter and in a way it makes it continually fresh to me. I feel like a big girl getting on the train. I sent the book to a friend in Ohio who never rides trains either. He wrote that he couldn’t help think of things like Auschwitz. I think that’s typical for someone who never rides trains. One poem is about that, when I see people pressed up against the window. There were many people deported from Luxembourg. The last three years I’ve been riding the train more. Before I lived in Sandweiler but here I’m a five-minute walk from the train and I can hear it. It’s such a freedom. 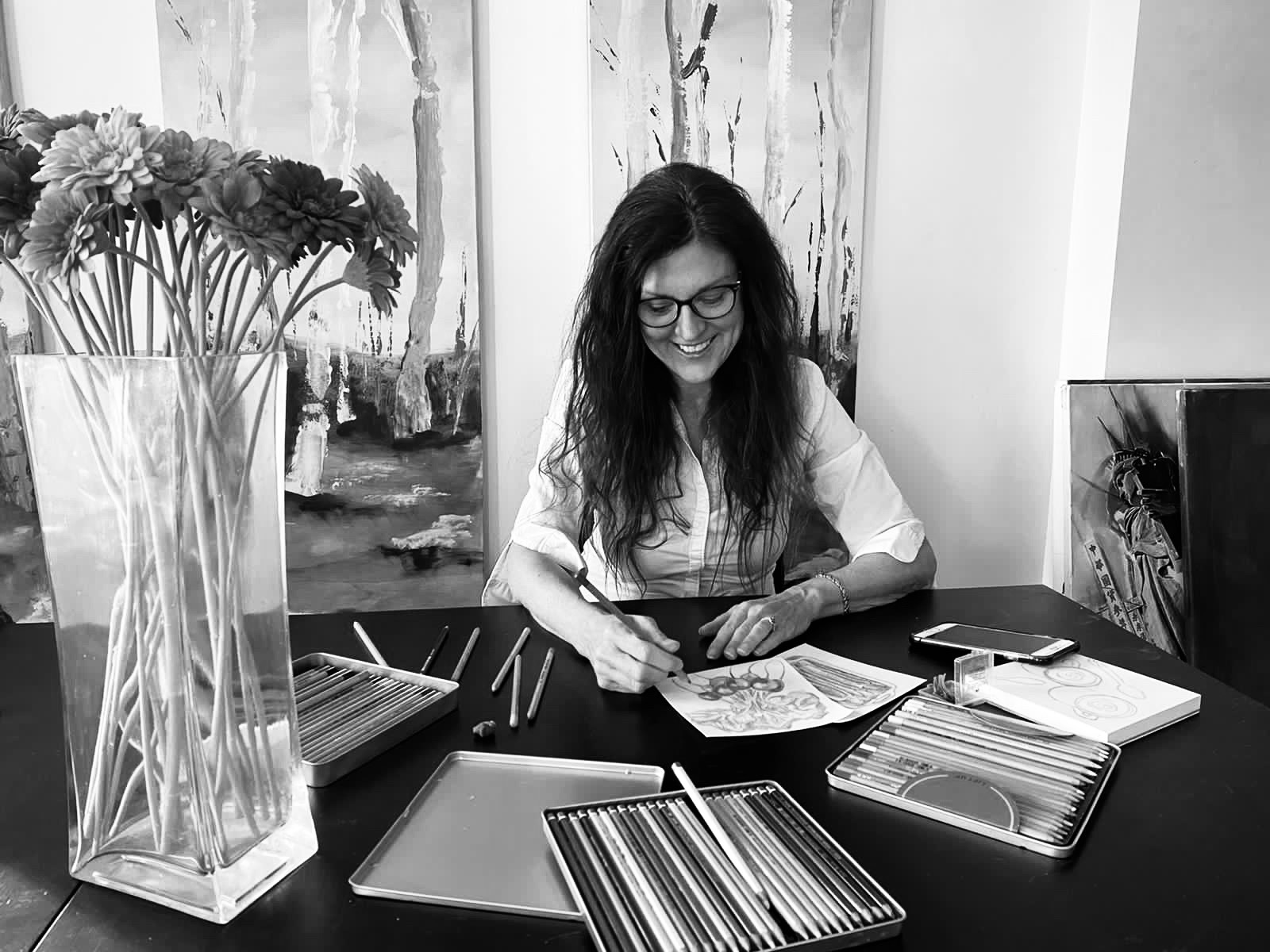 There is also a strong family connection to trains that you allude to in “Faith”. Can you tell us more about that?

My great grandfather was an engineer on a train in California and his brother worked in some capacity on the trains too. That great uncle was crushed to death between two train carriages. I happened to think about him when I was standing on the train by the door, in that section where the plates beneath your feet seem to shift. I thought about how people say we live in an age without faith when actually we have faith in all kinds of things, including that we will reach our destinations safely on public transport in Luxembourg. That's what inspired that poem, but I changed the state to Colorado, just because I liked the sound of it better.

You completed an MA in creative writing in the 1980s, but it is only recently that you have started to publish your work, in two collections for Black Fountain Press among other places. Tell us a bit more about your writing journey.

This morning I was reading through my thesis and I found that I was very interested in other people’s work like Pinter. Walt Whitman was also a huge influence on me, because that was the world I was in. I considered getting a doctorate because I loved going to university. My father said “That’s not the real world”. But what is the real world? At least at university the world is big and interesting.

I ended up coming to Luxembourg and working as a journalist. Being a writer professionally you write all the time, you’re doing the thing you love, but I wonder why I didn’t write as many poems when going through other things I’ve been through. It’s always been there. In a way, all the life experience I’ve had since, relationships and being a single mum, it’s also a huge world that I can draw on for my writing. I’m not writing about Pinter or things like that any longer, my world is bigger and it’s more about the everyday, which doesn’t mean it’s reduced in any way. 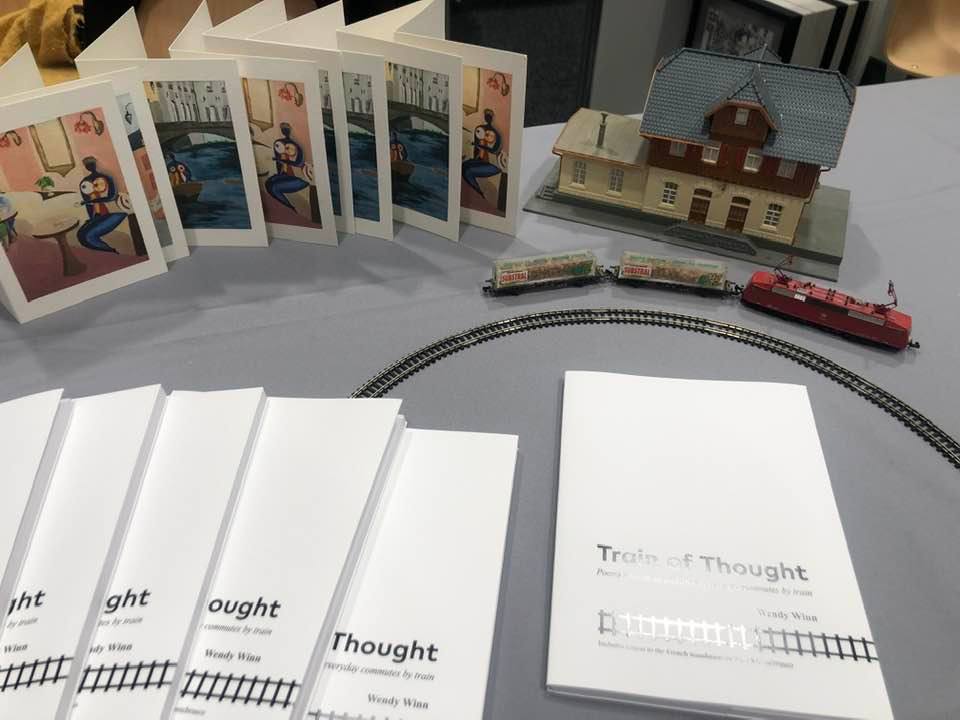 Your poetry is wonderfully accessible and uplifting, as Sascha Ley writes it “mirrors the beautiful greatness of everyday life.” How difficult is it to make a name for yourself in what can be an exclusive club?

Sometimes looking back at my (older) poems I think what a shame I didn’t go on. I would have loved to have been a teacher of poetry. But I’ve written poems about how much I hate dissecting poetry. In my thesis I wrote a poem “What does it all mean?”. Even then I was frustrated at being thrown stuff and asked to dissect it instead of appreciating it. In one poem about English literature, I said at the end “Do I dare to add my grr grr grr to all that?” There are so many beautiful things written, do I dare to add to that? I think the answer has to be yes. No matter how many fantastic poems, plays and novels there are out there, no one has your unique take and experiences. We all have different fingerprints but we all have fingers. We shouldn’t feel intimidated by what’s out there.

This anthology has given you a ticket for a few fascinating detours. You mentioned that you were introduced to the world of miniature railways.

Since writing the book, I did this thing with model trains and this whole world opened up. I’m fascinated by people doing that. I’ve been invited to people’s homes. They spend so much time and money doing this thing that no one will see. 20 years ago it was one neighbour and a kid who would see that. Now they can share videos on Facebook and special groups.

I will continue to read poems. It’s so easy with apps and emails like Poetry Daily and Poem a Day. What I might try to do when I find a poet I like is take the time to get to know their work. I do that with films and fiction but I haven’t been doing it lately with poetry. I’m also very inspired by novelists and short stories. My favourite book of the year was The Amazing Adventures of Kavalier and Clay by Michael Chabon. He has such a poetic way of writing and observes such wonderful little things that I find so human and interesting. I think reading anything can inspire poetry.

I think you need to feed your mind with the books you read, the films you see and the conversations you have. You need to nourish yourself. I will also take a lot of walks in the Mullerthal. It’s probably the best book of poetry I’ve ever read.

Train of Thought can be purchased in all Luxembourg bookshops or online via the Facebook page: https://www.facebook.com/wendycolleenwinn