Mary Carey: “I think that good sci-fi shines a spotlight on humanity”

Canadian author Mary Carey recently published her debut novel Irresistible Blending, a pacey thriller combining art and magical realism. She tells us about the manuscript that has been 17 years in the making.

Congratulations on publishing your debut novel with Black Fountain Press. I was gripped by the world that you created and the powerplay between the characters. When did you start the novel?

I wrote it in 2004 and completed it in 2006. I had the idea kicking around and did a distance learning course at Humber College, a prestigious programme in Canada that accepts candidates based on their manuscripts. You have a tutor who goes with you through the book. When I did the programme, my tutor went over and over the first two chapters to help me master the point of view.

And your tutor was Peter Carey, the award-winning Australian novelist. Presumably you’re not related?

It’s a coincidence we have the same last name. The whole idea of Humber College is that they invite esteemed writers who give one-to-one tutelage. You can imagine how daunting it was. I love Oscar and Lucinda and all of Peter Carey's other books. He was critical but very generous. I really had the luck of the draw.

What were you drawing on when you wrote the novel?

I don’t like to make the point because people will figure it out themselves, but it’s set in 2000 so as a Canadian or North American, the end of the book is 9/11. It’s coming and the thing is I don't necessarily want to connect to that but the day it happened my sister, Sue, said the whole city of Toronto was deathly quiet and people were afraid it would be the end of something. And then I had this menacing dream. The two ideas linked together in my head. 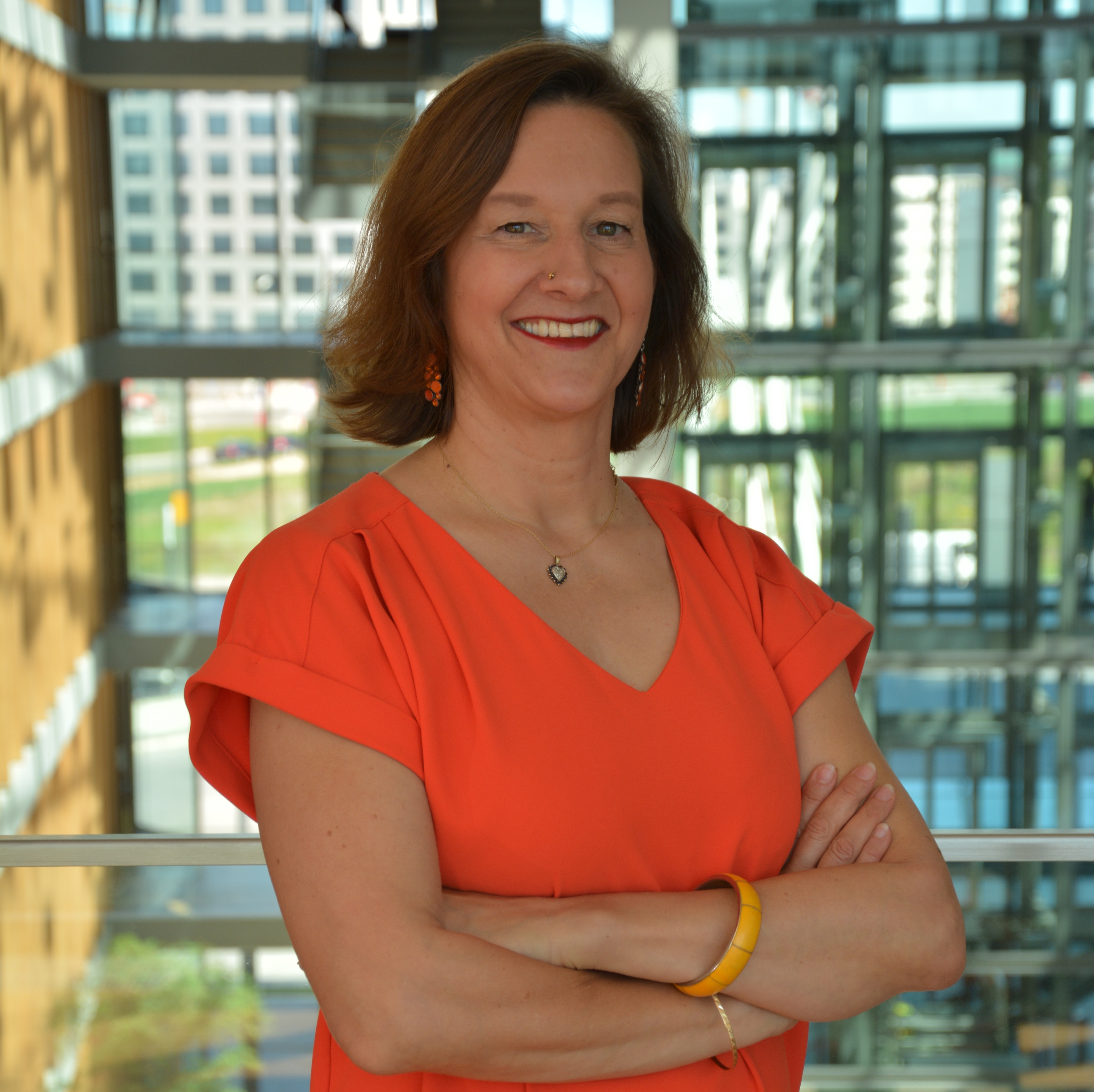 The protagonist of the novel is Eleanor, an artist living on a commune who appears to have extra-sensory powers. Where did this interest come from?

I have a son with a brain injury. He got hit by a car when he was little. At the time I read a lot of books about the brain, how your personality can change or that people become savants. I had this idea that maybe everything is inside our brain but you can only access so much of it. Really what I want people to think is “Is Eleanor crazy or is this happening?” I don’t want you to be sure. I want readers to have this feeling that there’s no way out. In the end the protagonist realises that and she accepts it.

I understand you have an artist sister. To what extent did she help with getting into this mindset?

My sister, Cathy, is an artist and a sci-fi fiend. I’m the seventh of eight children so she was almost a mum to me, age-wise. She taught me to think in a sci-fi way where everything is possible. I think that good sci-fi shines a spotlight on humanity. I asked Cathy to read it and she helped with the art. She noticed little things like the way Eleanor paints. We had an artist who lived five doors down from us when I was a kid and he used to paint all the time, so I picked up little traits like this incredible concentration when people are artists.

What stopped you from publishing it earlier?

I had kids. It’s a lot of work to try to send everything out yourself. I think I sent eight or ten manuscripts. I got nice feedback on one. Then a few years ago, someone said why not try Black Fountain Press. I sent it in November 2019 and I got this lovely acceptance on Christmas Eve 2019. It’s been a two-year editing process. It’s ironic because it’s what I do for a living, but I found the editing process more work than I ever could have imagined. Because now you’re pulling between what you want the book to be and how others perceive it. I’m not so precious that I couldn’t use the editorial help and in fact Black Fountain Press helped me a lot. 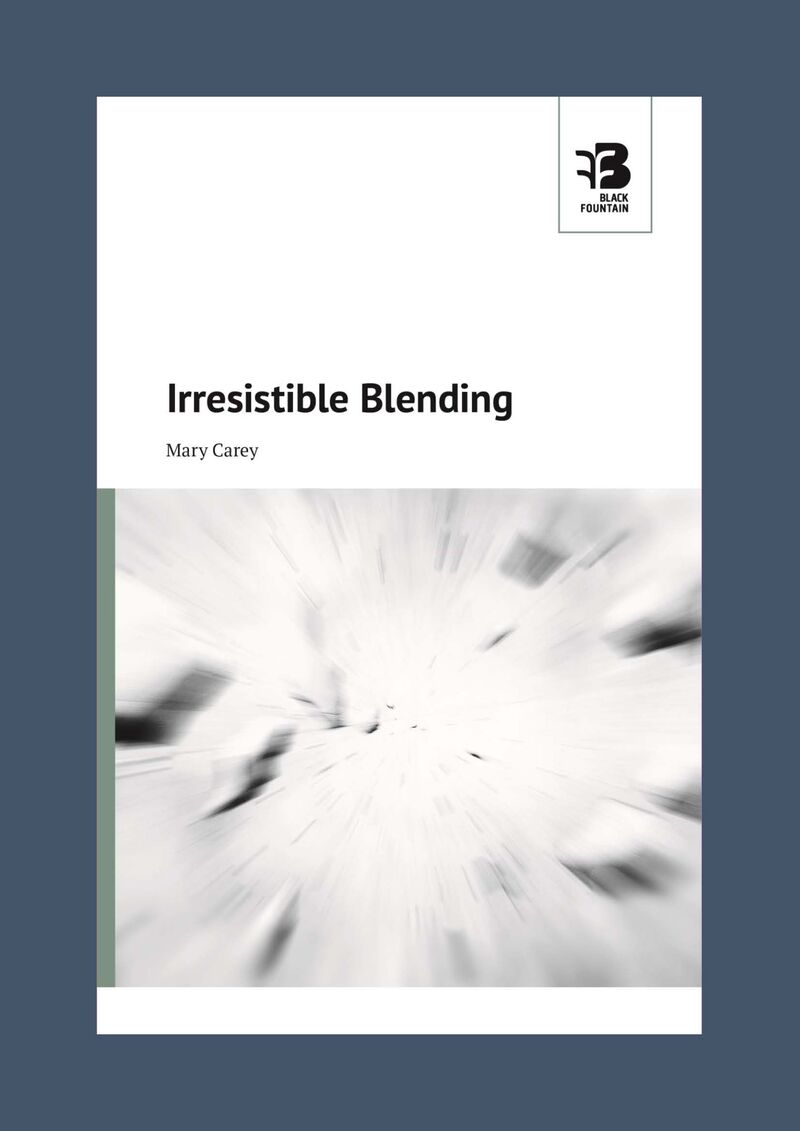 Was it difficult to get back into the story after all that time?

No. This will sound so egotistical but it’s like cooking your own food. When you write a book it’s what you like so I re-read it in about two days because I found it gripping. I think when you write something you should like it and not just like it but be passionate about it.

Irresistible Blending is your first published novel but what was the first book you ever wrote?

I talked to a friend recently and I remember she and I wrote a book together in kindergarten. It sounds goofy but I never wanted to be anything but a writer. I wrote a lot of short stories and segwayed into corporate writing. But creative writing is really my passion.

What is the most challenging part of the writing process for you?

Completion is the toughest part. Writing notes and coming up with ideas is easy. Now I feel inspired because having someone love your writing like Anne-Marie Reuter (co-founder of Black Fountain Press) makes you feel really good. What I’d like to do is have it be my work. If I could apply half the time to creative writing that I do to my job, I would be writing five disciplined hours per day and I think that’s what a professional writer has to do. 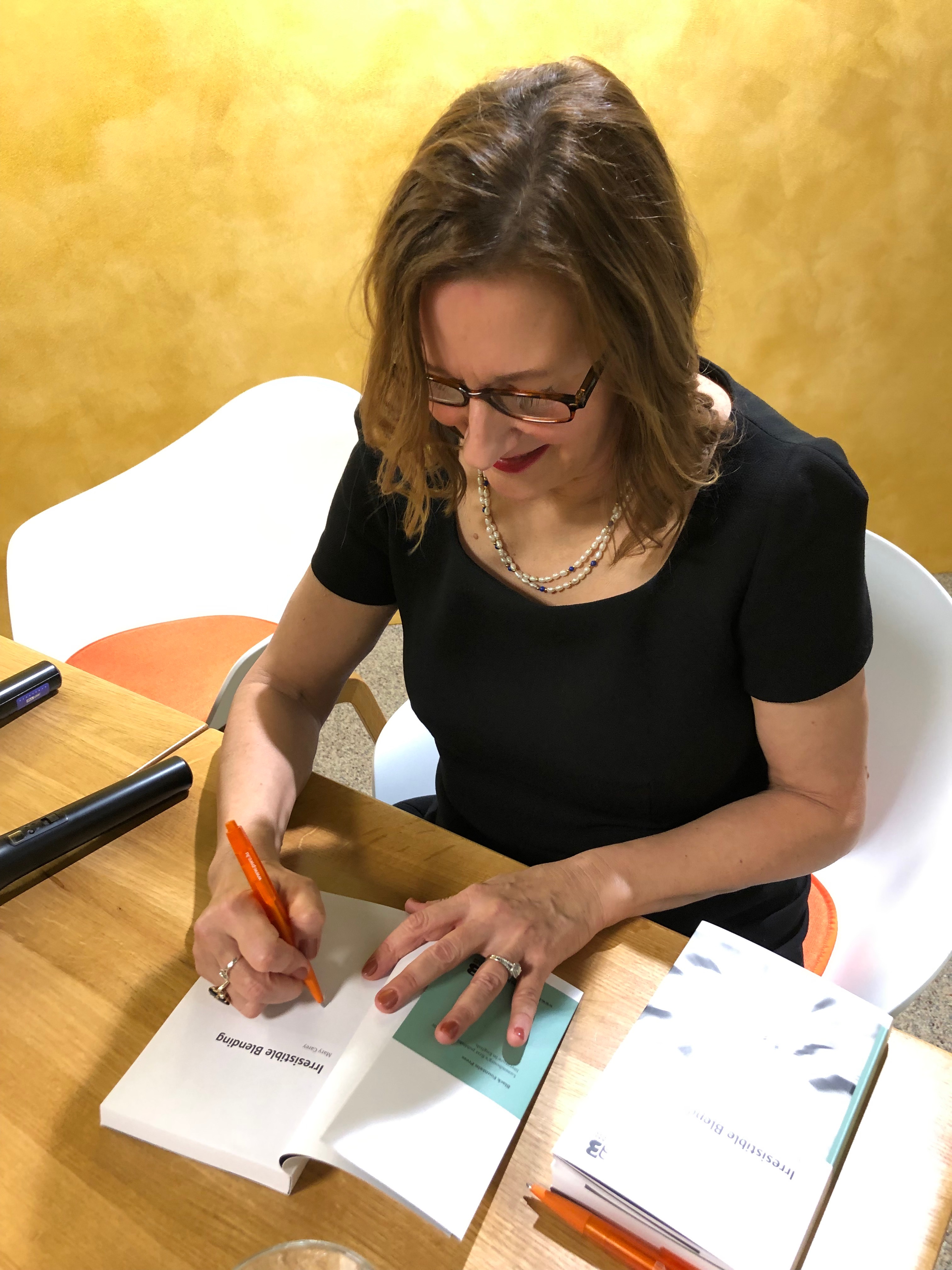 How does the Luxembourg eco-system help you as a writer?

It’s tricky. There's maybe a limited literary world but it’s definitely growing and I do think that Black Fountain Press will play a role. It’s about English-language books gaining momentum outside of Luxembourg. There are great writers here, as anywhere else.

What are you working on now?

I’ve tons of short stories, and I’ve another novel that’s half finished that I also wrote ages ago. It’s completely different from this book. It’s more of a tragicomedy. Now I’m inspired to go back because I feel more confident about writing fiction. And I went to a conference on immigration and climate change and got another idea for a dystopian book. So, I think I have two projects on the go. I like the idea that over the next five years I can segway into this other thing and get away from corporate. I’m almost 60 so it’s kind of perfect timing, if all goes well. It’s always been my dream that when I retired I’d write full time.

Irresistible Blending can be purchased in most book stores in Luxembourg or directly via Black Fountain Press.