More Sweetly Play the Dance, the much-awaited exhibition of the multifaceted work of the South-African artist William Kentridge has now opened its doors at Mudam Luxembourg - Musée d'Art Moderne Grand-Duc Jean. The art of William Kentridge is the focus of the second edition of the so-called Red Bridge Project, a collaboration between Les Théâtres de la Ville de Luxembourg, Philharmonie Luxembourg and Mudam Luxembourg. The project extends over a period of several months until the summer. Apart from this large-scale exhibition at the Mudam, it includes performed works for stage and museum, new works for film and musicians and a new chamber opera.

Curated by Suzanne Cotter and designed by Sabine Theunissen - the Belgian scenographer and long-time collaborator of William Kentridge - More Sweetly Play the Dance is the artist's first monographic exhibition in Luxembourg. It showcases the many disciplines and underlines the many facets of his very personal work rooted in his biography and in South-Africa’s (post-)apartheid history. Ranging from drawing, film, animation, sculpture and performance to opera and theatre, Kentridge's work deals with time and its fragmentation and sometimes absurdity. The different media are in close dialogue, thus conveying the richness, intelligence and humanity of the artist's storytelling. 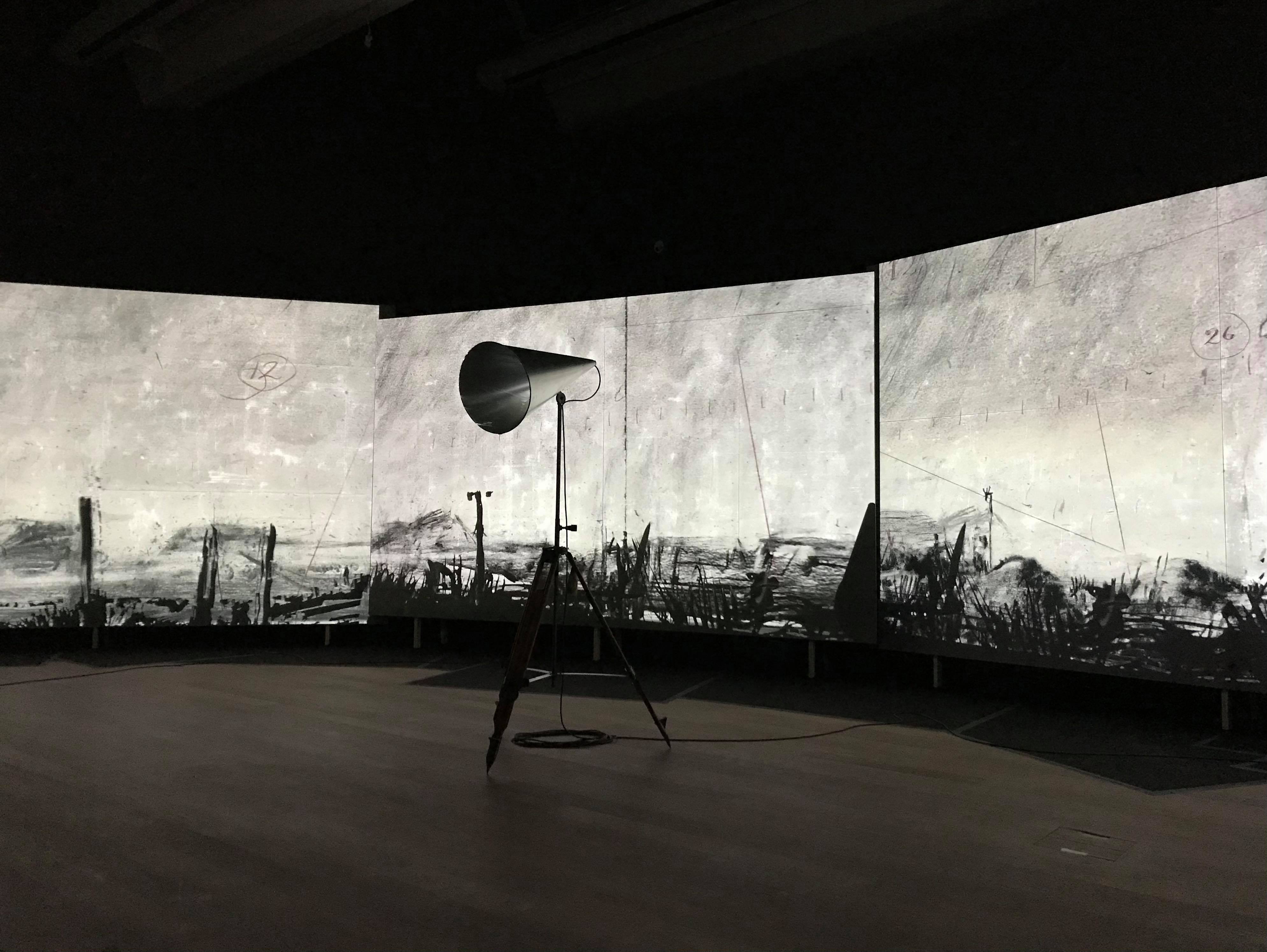 Born in Johannesburg in 1955 where he still lives and works today, William Kentridge is undeniably one of the most important living artists of his generation. Throughout his career he has had solo exhibitions in major institutions around the globe, such as the Whitechapel Gallery in London (2016), the Museum of Modern Art in New York (2010, 1998) or the Centre Pompidou in Paris (2002). His work has been presented on multiple occasions at the documenta in Kassel (2012, 2002, 1997), the Biennale di Venezia (2005, 1999, 1993), as well as in the world's leading Opera theatres, such as the Teatro alla Scala in Milan and the Metropolitan Opera in New York.

The link between theatre and visual art has always existed in the work of Kentridge, who as a young student was told that he would eventually have to decide between the disciplines. He first turned to theatre and went to an acting school in Paris, where he discovered that his talent and passion lie elsewhere. He then focused on etching and drawing, which became the basis for his animations and films. In 1976 he cofounded the Junction Avenue Theatre Company operating in Johannesburg and Soweto.

What connects both drawing and theatre is the idea of movement, of a hand, or a body. Performance, collaboration and extended authorship play a vital role in Kentridge's oeuvre; this interplay was in evidence at the opening of this second edition of the Red Bridge Project in November 2020 at the Grand Théâtre (in collaboration with the Philharmonie), featuring a multimedia performance of Telegrams from the Nose (2008) and O Sentimental Machine (2020), conceived by William Kentridge in cooperation with François Sarhan. 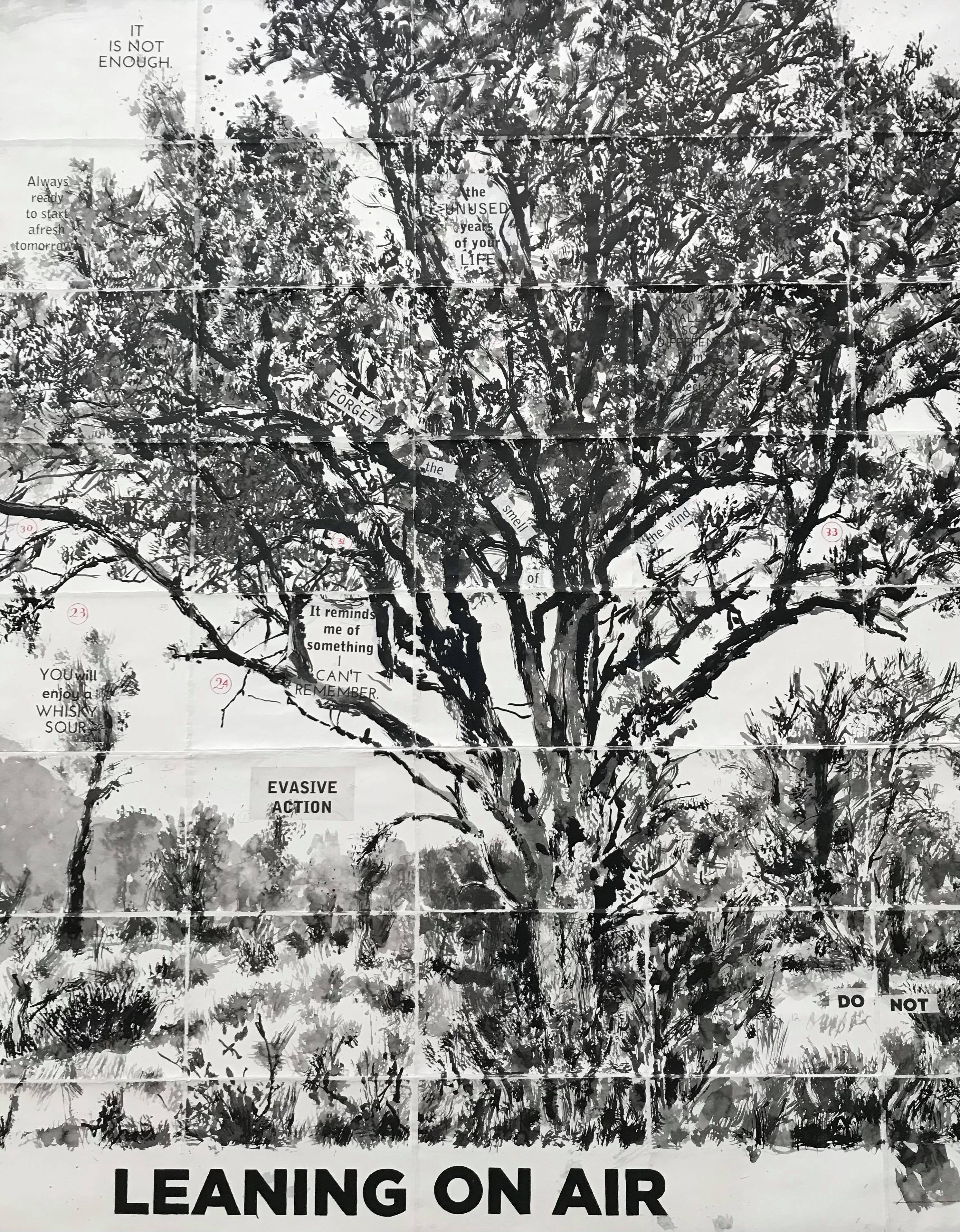 More Sweetly Play the Dance reflects on the ideas of process and metamorphosis in William Kentridge's creations. The majority of his work was created in collaboration with South-African musicians, dancers, actors and performers. The eponymous work More Sweetly Play the Dance, created in the 2015 context of Ebola, consists of a parade - a danse macabre - thematizing the passage of time and the banality of death. Its relevance in these current times is striking. Passing through an expanded artist’s studio, where different techniques and stories, film, sculpture and drawings coexist and are fragmented and recomposed, one encounters the ever-recurring symbol of the megaphone. It is a reference to those loudspeakers mounted on South-African police cars, except that they are now emitting musical compositions.

The multilayered exhibition is accompanied by the publication of the artist book Waiting for the Sibyl and A pas de panthère, a collection of nine conversations between the South-African writer Denis Hirson and William Kentridge dating back to 2017 and translated into French for the first time.

The Red Bridge Project showcases the geographical link and mutually enriching dialogue between three key cultural institutions of the city of Luxembourg. Bridging the gap between creative disciplines, it brings theatre to the Philharmonie, performance to the Mudam and visual arts to the Grand Théâtre. Opera, theatre, performance, music, dance, film and visual arts blend to build both geographical and artistic bridges.

After a first edition of this common initiative during the 2017/2018 season around the work of the Belgian choreographer Anne Teresa De Keersmaeker, the program of this 2nd edition offers an unrivalled presentation of the three main components of William Kentridge's oeuvre - opera, theatre and visual arts – that are rarely shown together.

The majority of the program will take place between the months of May and June 2021. It ranges from a screening of short animations by Naomi van Niekerk during the Luxembourg City Film Festival and a performance of A Guided Tour of the Exhibition: Soprano with Handbag with the singer Joanna Dudley at the Mudam, to Il Ritorno D'Ulisse, an interpretation of the chamber opera by Monteverdi with a puppet theatre at the Philharmonie and much more. 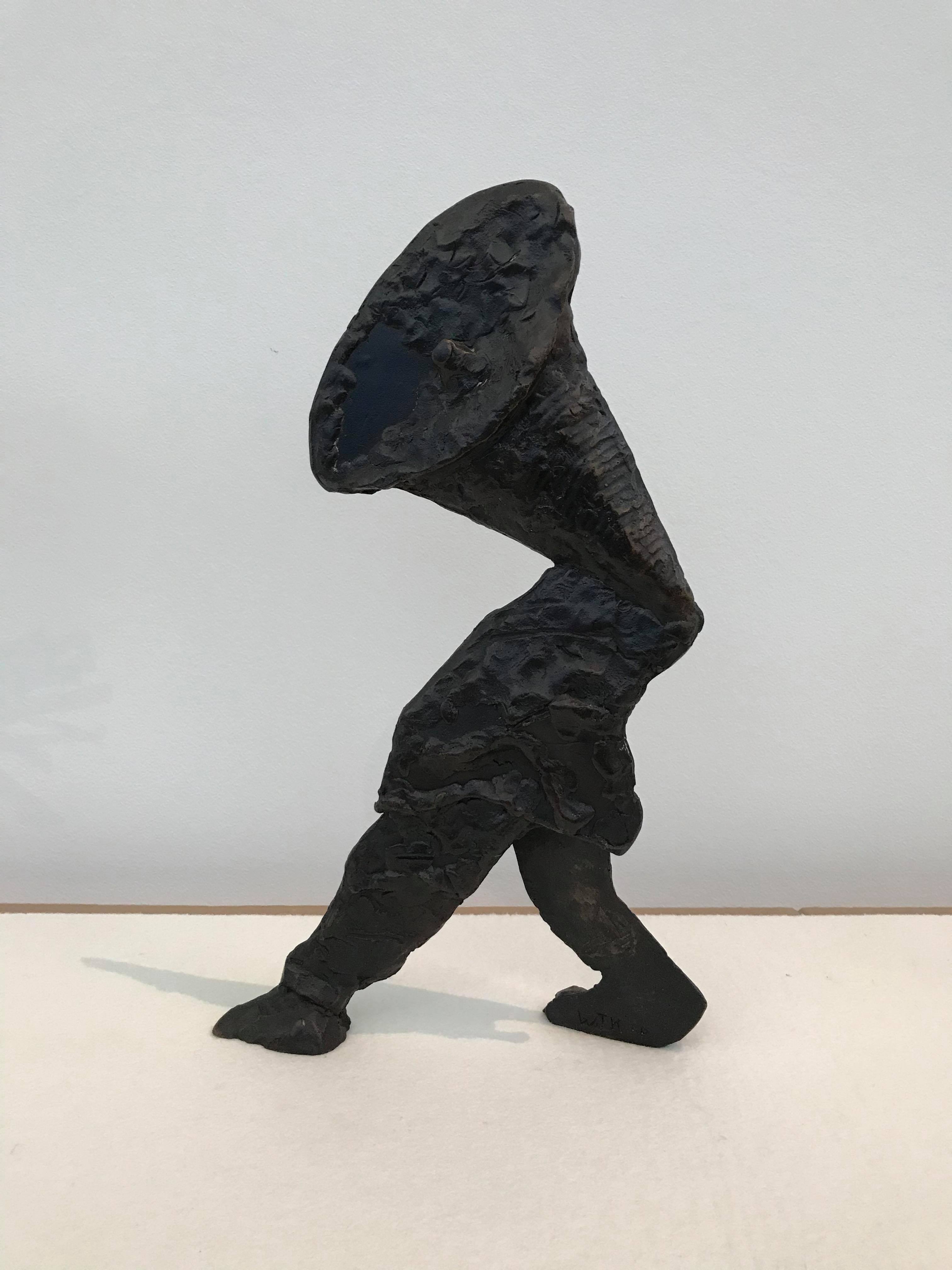 Early June 2021, a series of workshops under the title One Fanfare Dada will provide the opportunity to explore different aspects of Kentridge’s oeuvre through the prism of dadaism, one of his major reference points. One Fanfare Dada will culminate in a jovial stroll across the red bridge from the Grand Théâtre to the Philharmonie and Mudam, a lively exhibition of the creations developed during these workshops, underlining once again the geographical and conceptual interconnection of the three institutions.

A “Meet the Artist” meeting for students and a public conversation between William Kentridge and the exhibition curator Suzanne Cotter will take place in April or May (exact dates to be announced).

To discover the full program of the Red Bridge Project including regular updates on the performances in the light of the current pandemic, please consult the official website: www.redbridgeproject.lu

More Sweetly Play the Dance is shown at Mudam Luxembourg until the 30.08.2021.

For more information on the artist: https://en.wikipedia.org/wiki/William_Kentridge